Posted by Willem Avenant Tree Specialist at 6:33 PM No comments:


Major storms can inflict severe damage to tree canopy in a short period of time. But in every storm, some trees survive with minimal damage. With proper care, much of the worst damage to trees and property can be prevented.
Here are five suggestions for pruning and care:
·         Encourage good branch angles. For most deciduous trees, narrow angles between two branches signal a point of future weakness. A good rule of thumb for many deciduous trees is to keep the angles at 10 o'clock or 2 o'clock.
·         Encourage strong branch/trunk size relationship. Ideally, lateral branches should be no more than 1/2 to 1/4 the diameter of the trunk.
·         Maintain a stable center of gravity. The center of gravity for a tree should be over the trunk. Remove branches on the leaning side and encourage branch growth on the opposite side.
·         Remove temporary branches. This includes rubbing branches, suckers and watersprouts.
·         Don't cut branches back to stubs. Long, natural limbs on a tree are strong and can withstand storm-like conditions. If a branch needs to be removed, cut it back to the main branch or to the tree's trunk.

Posted by Willem Avenant Tree Specialist at 7:15 AM 2 comments:

Hi WillemThanks for excellent team work. The guys worked so quietly- please thank them from me as this is a rare occurrence in this neighbourhood!!My neighbour on the corner called to thank me for the neat way her garden area was left. I have told her about you.Many thanksJ.M - Fresnaye 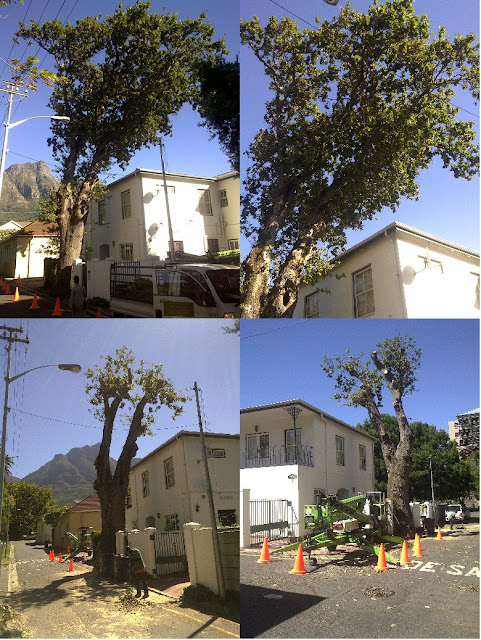 Posted by Willem Avenant Tree Specialist at 6:59 PM No comments: 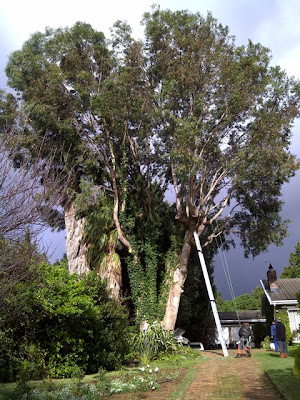 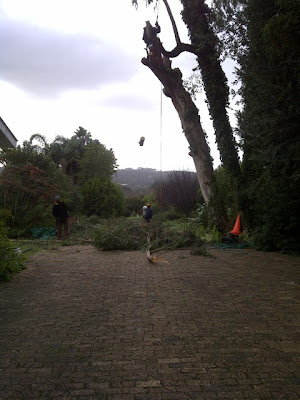 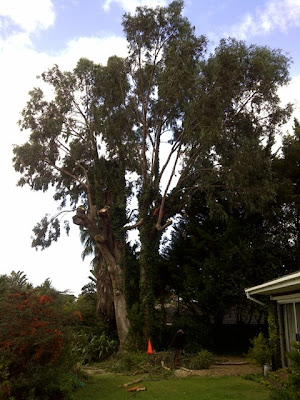 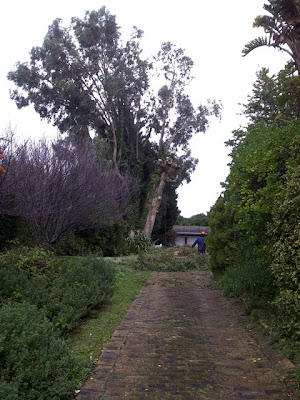 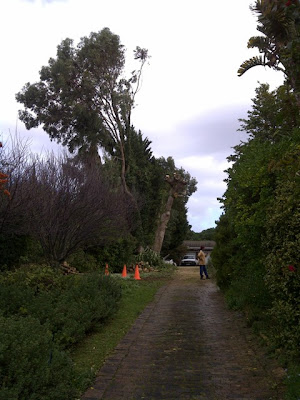 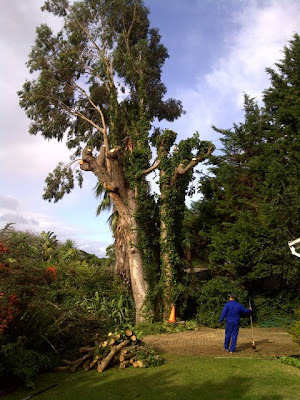 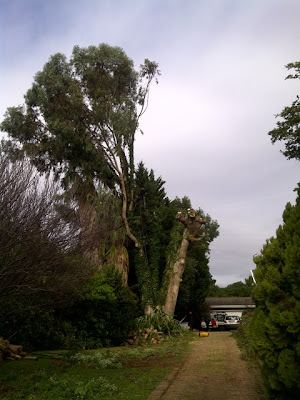 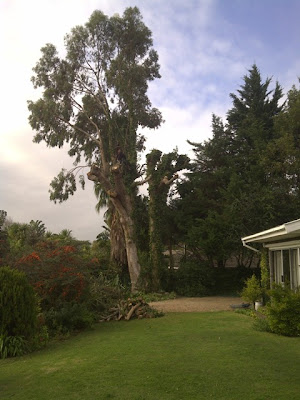 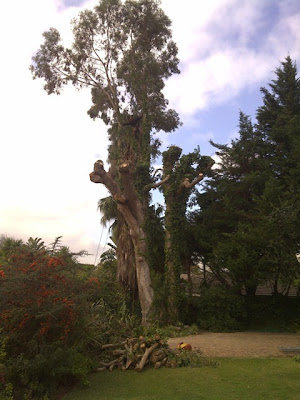 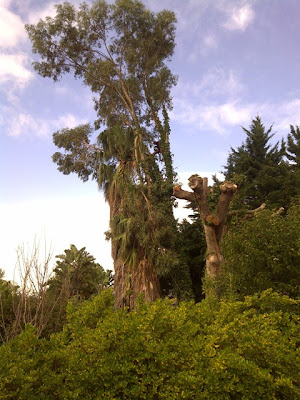 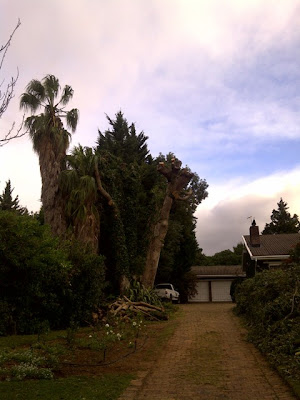 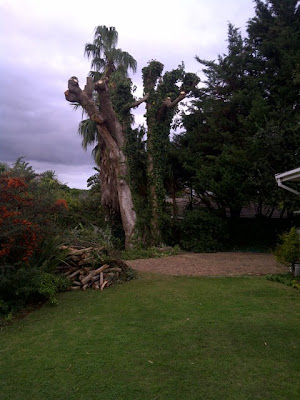 If you are planning to build an extension, take special notice of nearby trees which, for all their beauty, are a potential source of future structural trouble.

Beautiful, mature trees are a most desirable feature of any property. It is no accident that so many modern housing developments are either built around existing trees or include newly landscaped areas. But old trees growing too close to buildings pose a very serious threat to foundations and drains. Remedial work in such cases is almost always difficult and expensive and you will certainly need professional advice.
Serious damage to foundations can be very costly to rectify, and even if your property is covered by insurance, there are often legal problems over ownership of the tree which is responsible for other liabilities. Ground subsidence is a particular problem during long, dry periods and sometimes it is difficult to tell whether this is the effect of long-term geological changes or ground movement due to tree roots.
Some settlement occurs in all buildings, especially those on clay soils. And it can be presumed that, in the case of a very old house and a nearby mature tree, any damage that has been done – and accommodated by settling, may have given the house a topsy-turvy character. Attempts at altering this balance by removing the tree or tampering with the tree roots could have potentially disastrous consequences.
But the most dramatic and damaging effect of root damage is the cracking of walls when foundations subside. All parts of the building are likely to be affected: cracks open up in exterior brickwork in the familiar step pattern; roofs cease to be waterproof as flashings crack; ridge pointing falls out or tiles are displaced. Frequently door and window frames will warp and bind. Interior walls may show large vertical cracks. Solid floors may become uneven. Damp-proof course may fail.
Settlement and its causes
Tree root damage and subsidence problems occur commonly in areas of clay soil, known as hazardous clays or firm shrinkable clays. Clay is composed of a net of very fine particles which enclose relatively large pockets of water. For this reason, it is not very compressible, unlike sand and gravel soils.
Structures built on sands quickly compress the subsoil and drive out excess water under their own weight. Clay can only be compressed very slowly because it is impervious structure tends to retain water. Buildings on a clay bed may take ten or more years to settle down; this is quite separate to the related effects of tree root growth.

Tree Specialist | Promote Your Page Too